Vancouver’s Shanghai alley was once a bustling corridor for outdoor theatre, opera, gambling and celebration. Unfortunately racism and the depression of the 1930’s took its toll on the early Chinese population and their buildings.

Just south of Carrall and Pender in Vancouver’s Chinatown you will find the eldest of remaining Chinese association buildings. Completed in 1903 for the Chinese Reform Party in a western influenced imperial style, this building housed Vancouver’s first Chinese newspaper and reform school. Call it Political quicksand, the more the Dynasty tried to save itself, the more it sank. By 1911 the Qing dynasty was overthrown by the revolutionaries lead by Dr. Sun Yat-sen. During its post reform year’s early Chinese migrant workers would come here to bathe and rest before the next day’s shift working Vancouver’s early saw mills and CPR’s expanding rail system 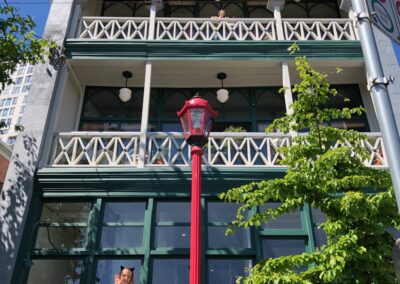 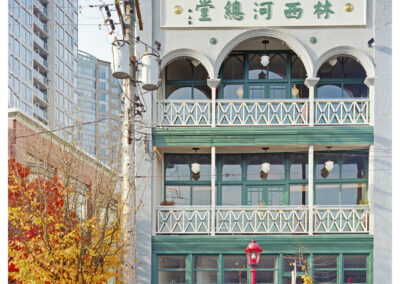 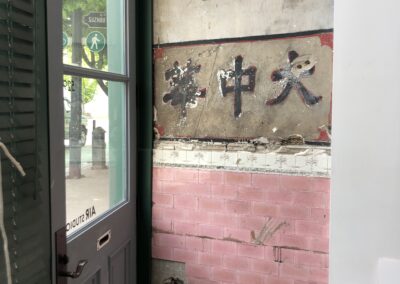 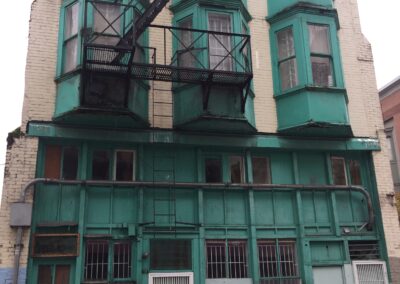 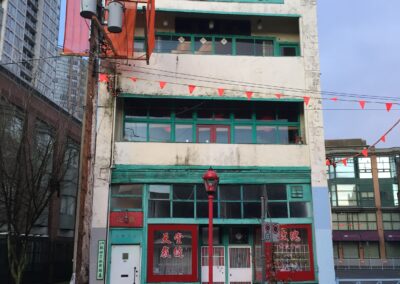 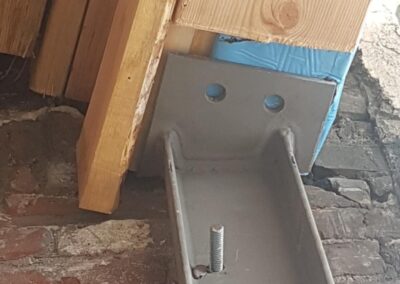 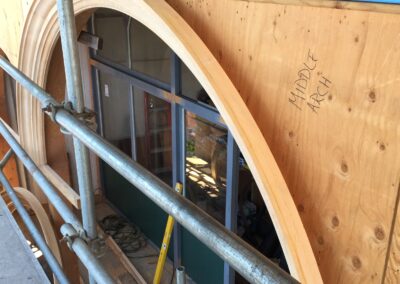 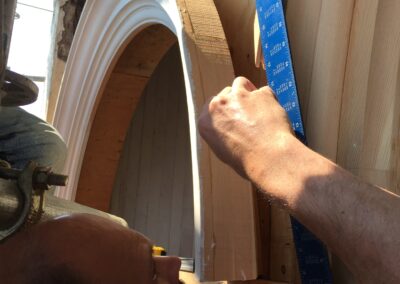 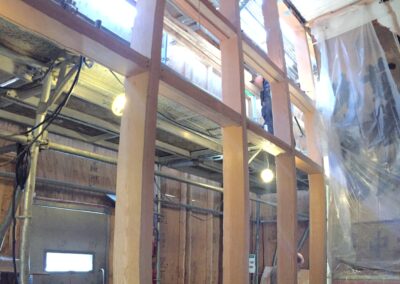 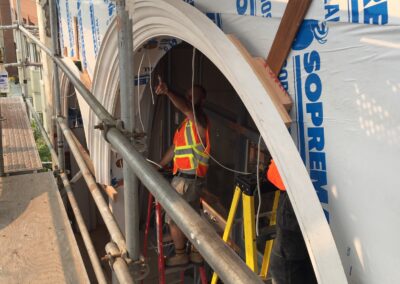 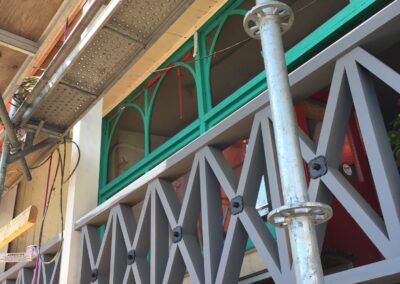 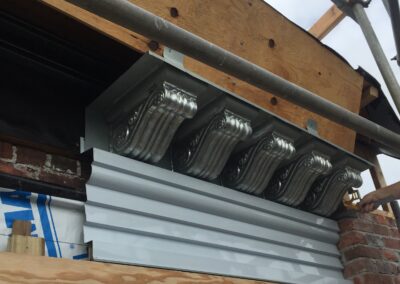 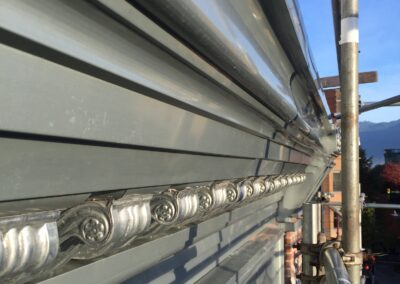 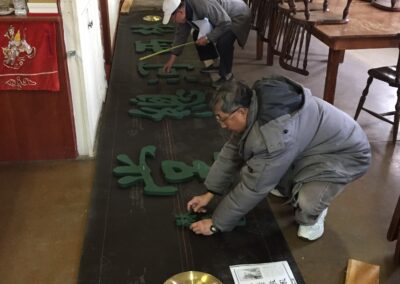 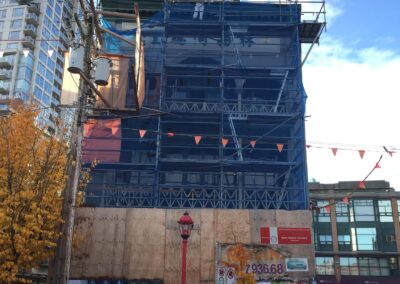 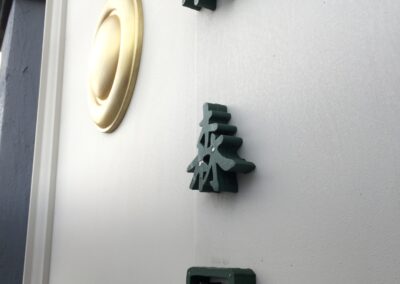 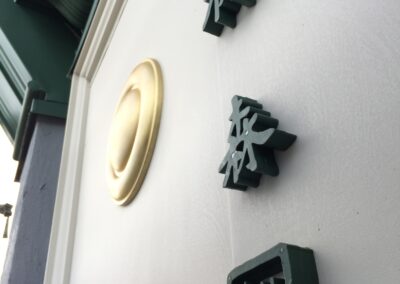 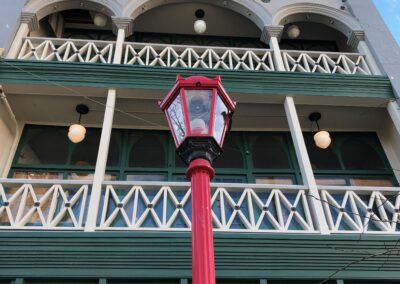 Purchased from the Chinese Imperial Reform Party in 1945, this is where Lim, Lam, Lin, Lum and more gather to celebrate their cultural heritage. Seeing a drop off in attendance from its younger generation and defeated by decades of disrepair, this once magnificent 3 storey western influenced imperial style building had its historic elements lopped off, replaced with stucco and took on an ill-fated appearance.

You see it often throughout Vancouver’s architectural history with stucco and asbestos cladding over wood, reconfigured storefronts to accommodate smaller commercial spaces and inferior retrofits to windows and doors. Decisions throughout the decades to maintain a historic building do not always align with what’s best for the building. Lacking preventative maintenance is unfortunately the entropic fate of any old wood building. Years of funding and grant applications eventually led to the rehabilitation of this formerly glorious gem.

Extraordinary League Contracting was approached to provide general contracting, project management and heritage carpentry services to handle the delicate rehabilitation and reproduction of these facades, both to the original building fronting Carrall street and the second conjoined rear building with its respective facade in Shanghai alley. Working closely with Architect Barry Mcginn and the Lim Association we were able to breathe life back into a building that ironically sank with the decline of the Qing Dynasty. Maybe it was the rust jacked steel I beams or years of neglect but the building had actually sank along the south wall by an astounding 4 inches.

Extensive brick stabilization was necessary to stabilize the wythe walls prior to reinstating the missing decorative elements that bordered the recessed porches. Talk of gold coins hidden by the Qing Dynasty within the bricks perked the treasure hunter within. Extensive wood framing was required to prepare the building facade for its frequently arriving components. New double storey columns were chamfered and placed based on historic photographs for the mostly missing and misconfigured ground level storefront. These chamfered posts would become the framework for the storefront paneling and glazing. Window placement was configured to match historic photos which showed them oddly offset.

The 2nd level balcony had its original glazed wall in place for reference for the glazed wall missing at the 3rd level. On the 3rd level arches were framed for which large arched mouldings were turned and placed over replica columns and balustrades. The upper cornices, original pediment and new signage were reconstructed to match. Lighting and life safety upgrades were performed along the way. Shanghai alley became its own project, reglazing and upgrading what was necessary, reinstating its original appearance as closely as possible. Laminated glazing was installed into the original Sash to increase safety and security in the alley.

Lam or lim means forest for which the building’s original green colour is restored.