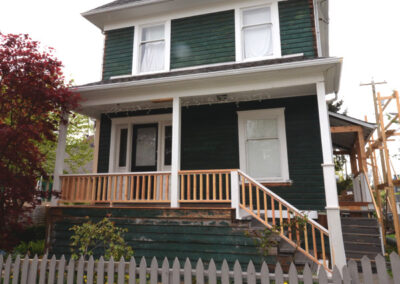 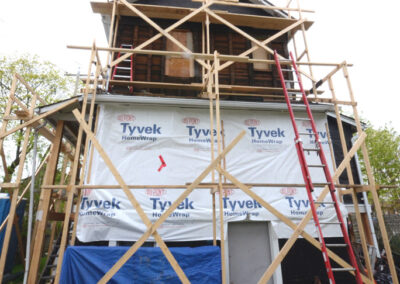 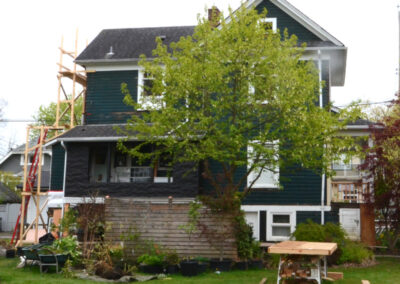 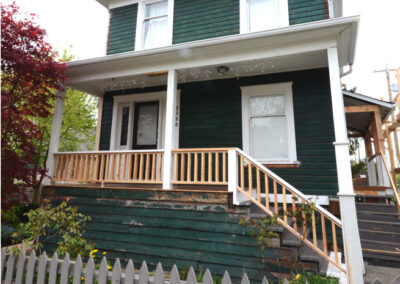 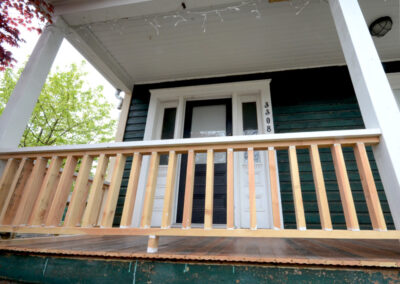 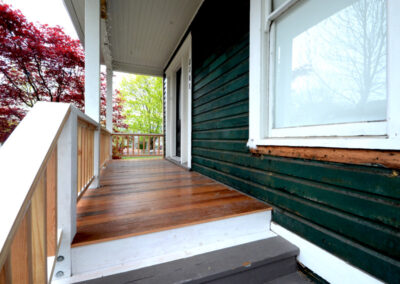 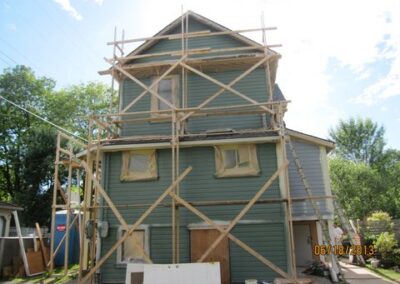 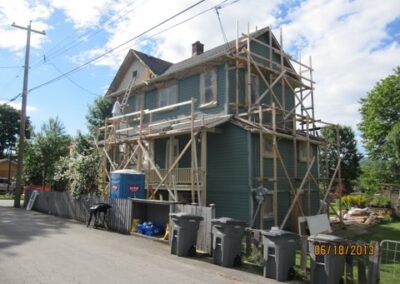 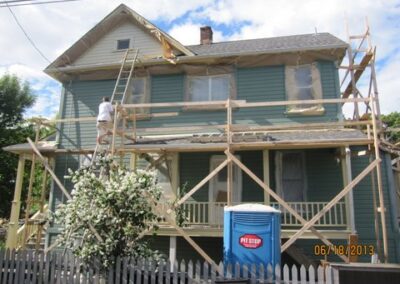 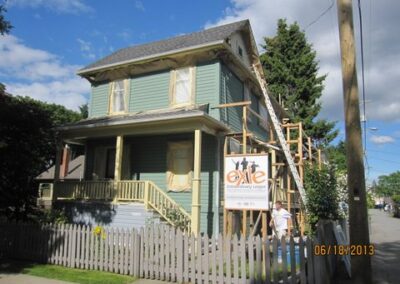 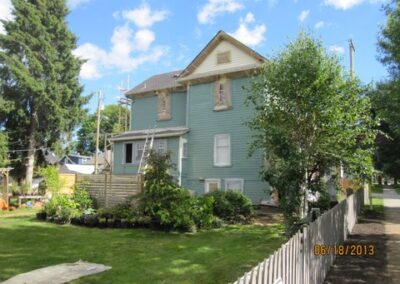 Heritage consultant, Don Luxton, is working with us, Extraordinary League Contracting, to rehabilitate the smaller of the two homes that continues to stand solo on the lot today. This exterior heritage revitalization project consists of hazardous material abatement, rehabilitation of the traditional wood-frame construction, replication of some of the missing porch and veranda elements that would have been original to the home, careful window and door restorations and finally a fresh coat of paint – with colours selected from Benjamin Moore’s True Colours heritage palate.